Zane Tate Charting at Below Zero

I’m ecstatic to tell you that “August Spies” from my new album debuted on the Below Zero show’s top ten chart at #1 last week, and “Getaway” at #7! Below Zero and DJ Mason Rothert have long been supporters of my music, for which I’m extremely grateful, but this was still a great surprise. On last week’s show, #445, they played three songs from Down to Dusk, back to back. You should check it out. The play some really great chillout and downtempo music, and I think you’ll really enjoy it.

Zane Tate – Down to Dusk: Rural Sounds Volume 2 – Out Now!

The new album by Zane Tate, Down to Dusk: Rural Sounds Volume 2 is out now! 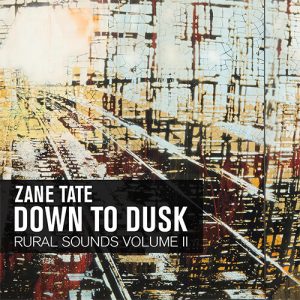 Down to Dusk is very much a follow up to Rural Sounds Volume 1. But unlike Boom Bap Sunrise, I wrote the songs on Down to Dusk at night, so the sound is much darker, more introspective.

Each song has a story, and is part of a larger theme. “Getaway” explores mystery and intrigue, imagining a cinematic plot. “The Man Called Thursday” is inspired by G.K. Chesterton novel.  And I was reading a history of August Spies when I wrote the song of the same name.  “The Great On We” is about collective despair and, well, ennui, while two chillout interludes provide contemplative moments.  Finally, the record ends on a redemptive high note with “Hosanna, Superstar.”

Buy Down to Dusk: Rural Sounds Volume 2 by Zane Tate

Down to Dusk: Rural Sounds Volume 2 is available on CD, and digitally in iTunes, Amazon, and other major digital music stores.

Check out a preview below: 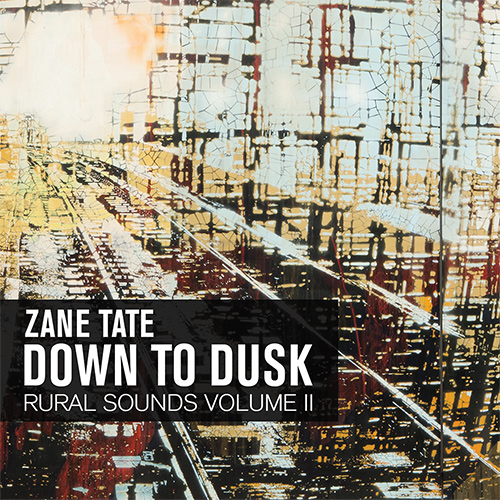 Here’s the official first look at the cover for my new album!  As you can tell from the giant letters, the release is called Down to Dusk: Rural Sounds Volume 2.

The cover art is by Kenji Nakayama, who also provided the art for Rural Sounds Volume 1, and the design is by Amy Pryor-Swayne who designed the cover for Volume 1 as well.

By the way if you’re on the mailing list you may have already seen this image, and previewed the first single from the album, which is called “Getaway.”  Sign up below if you want to hear it!

Send Newsletters to your fans from ReverbNation.com

Updates are on the way 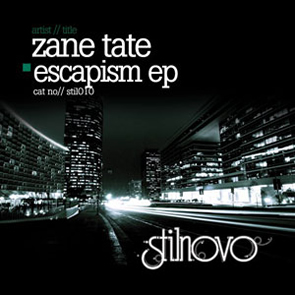 Updates on the new album are coming soon. In the meantime, here’s a slight throwback with some freeness thrown in.

In 2011, I produced a deep house single called Escapism parts 1 and 2, and released it via Stilnovo Music. The label has now made it available for download – for a limited time – for free. Well, technically, it’s “name your own price,” but I imagine you’ll want to get it for nothing if you can.

You can get it right here: Zane Tate -Escapism

So click away if you like deep house music! And feel free to let me know on my Facebook page if you do pick it up.