The Story Behind “The Funeral”

I wrote “The Funeral” on the day of a funeral for someone who was very close to me.  At the time, I was struggling with the question of, “should death be a time to celebrate that person’s life, or a time to mourn your own loss?”  And that conflict is at the heart of this song.

Obviously, the song leans a little toward the mourning side in its melody, which is provided mostly by guitars.  The lead melody was played on a Strat, and then flipped around.  Later in the song, the acoustic guitar comes in – I re-sampled it and chopped it up (didn’t want it to sound too folksy).

I wanted the sound to be melancholy, but I also wanted the rythm to be celebratory.  It just seemed appropriate for the song to have a certain bounce to it, kind of like a dirge you could nod your head to.  Thus, the 808 beats.

By the way, I also used the 808 because I think of it as a newly traditional instrument of the south.  The funeral in question was, after all, a southern one.

I’m leaving out the personal details, but this song is a particularly personal one to me.  In fact, I’ve been surprised by its popularity because I wrote it just for me, to communicate an emotion, and to mourn the loss and celebrate the life of someone I loved.  It’s a sad song, and usually I don’t like sad songs.  But it means something to me, and it’s cool that it means something to others too. 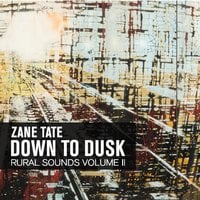